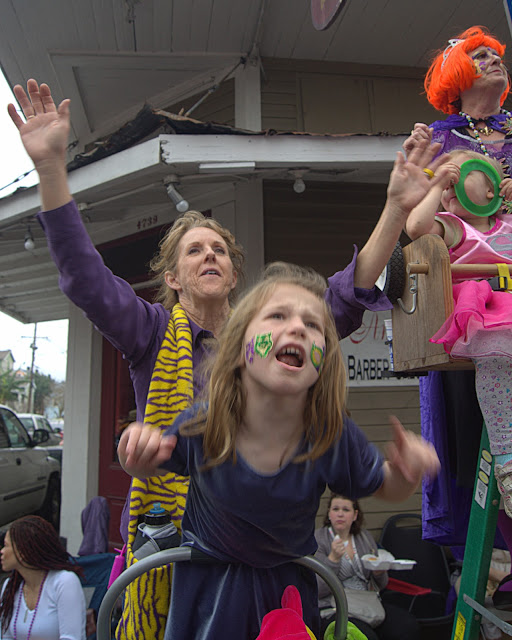 I know it has a been a couple weeks since Mardi Gras, but I'm just getting around to processing the pictures.  At any rate, I hope this photo lets you capture the excitement of the shindig. You go mad yelling for beads and climbing on ladders to capture attention to get a bunch of stuff you really would rather not have.  But, ah,there is the occasional treasure that makes you glow with warmth thinking, "can it get any better than this? -- cares gone, party on, wild behaviour accepted, cut loose.  O yeah, the good times are rolling, for sure."

In the front is my niece Savarra with my sister (her aunt) Karen behind her.  My sister Sue is in the orange hair on the ladder on the right. I am faced with my back to the parade and, as luck would have it, about to get smacked in the back of my head with a bunch of beads.  Cue B.B. King's song: Let the Good Times Roll.
Posted by Steve Buser at 12:23 PM 2 comments:

Mardi Gras was a bright shade of fun 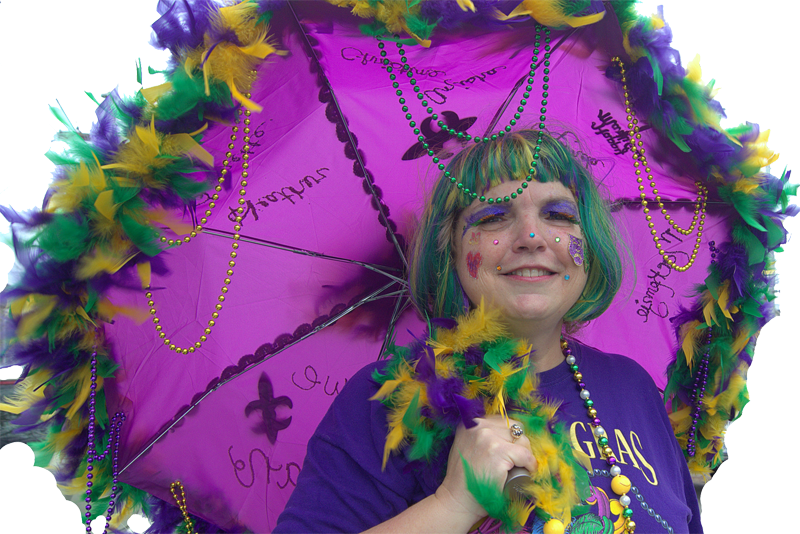 Everybody had a lot of fun on our Mardi Gras excursion this past weekend. But none more so that my wife, Linda. She was parasolling wth the best of them.
Posted by Steve Buser at 8:32 PM 2 comments: